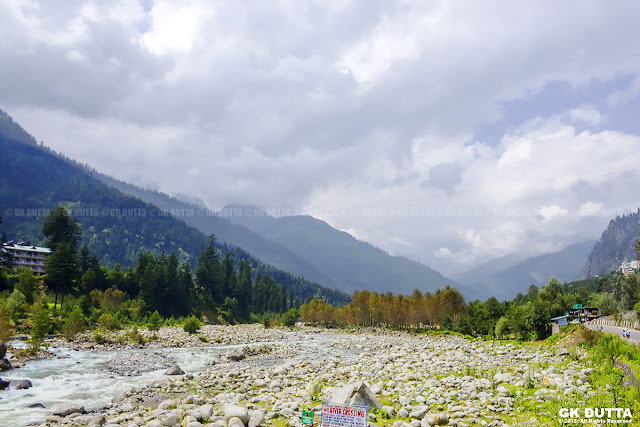 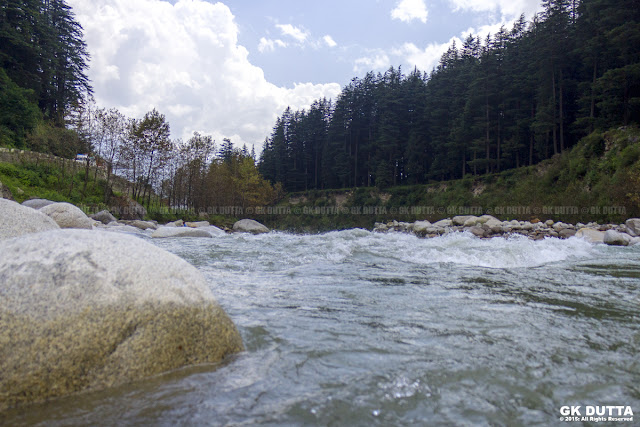 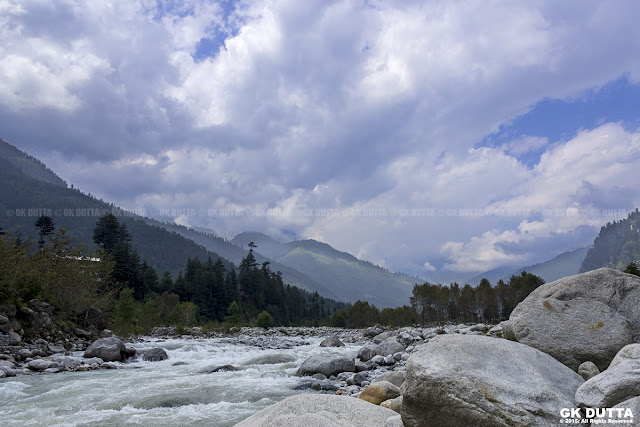 The river rises 4,361 metres (14,308 ft) above sea-level on the southern face of Rohtang Pass in Kullu. It traverses the Mandi District and enters the Kangra District at Sandhol, 590 metres (1,940 ft) above sea-level. During its lower course the Beas is crossed by numerous ferries, many of which consist of inflated skins (darais). Near Reh in Kangra District it divides into three channels, which reunite after passing Mirthal, 300 metres (980 ft) above sea-level. On meeting the Sivalik Hills in Hoshiarpur, the river sweeps sharply northward, forming the boundary with Kangra District. Then bending round the base of the Sivalik Hills, it takes the southerly direction, separating the districts of Gurdaspur and Hoshiapur. After touching the Jullundur district for a short distance, the river forms the boundary between Amritsar and Kapurthala. Finally the Beas joins the river Sutlej at the south-western boundary of Kapurthala district of Punjab after a total course of 470 kilometres (290 mi). The chief tributaries are Bain, Banganga, Luni and Uhal. The Sutlej continues into Pakistani Punjab and joins the Chenab River at Uch near Bahawalpur to form the Panjnad River; the latter in turn joins the Indus River at Mithankot. The waters of the Beas and Sutlej rivers are allocated to India under the Indus Waters Treaty between India and Pakistan. (VIEW FLICKR ALBUM) 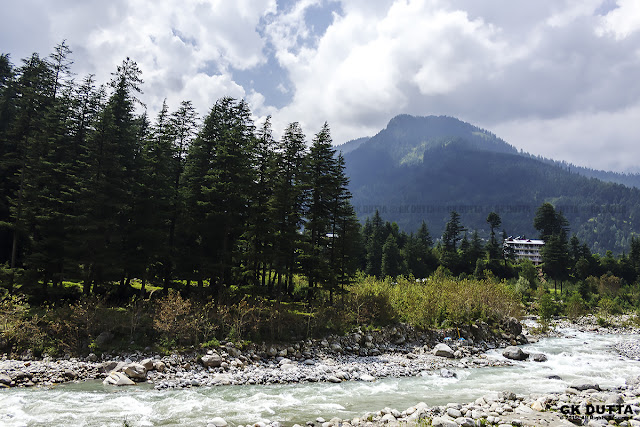 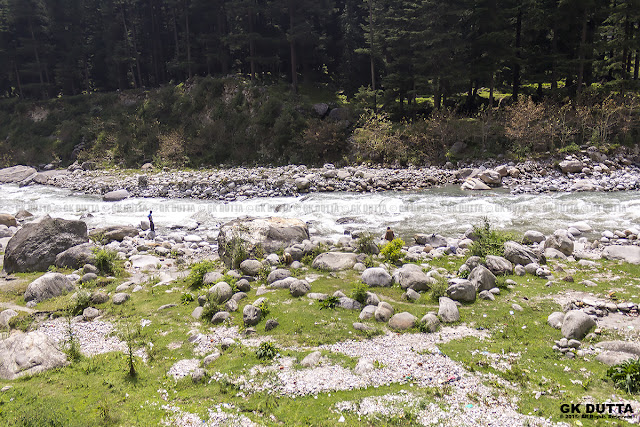