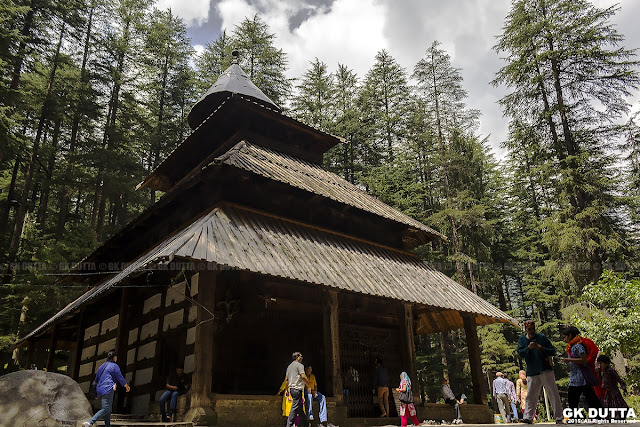 This is a 500 years old temple, namely Hidimbi Devi Temple, also known variously as the Hadimba Temple, is located in Manāli, a hill station in the State of Himāchal Pradesh in north India. 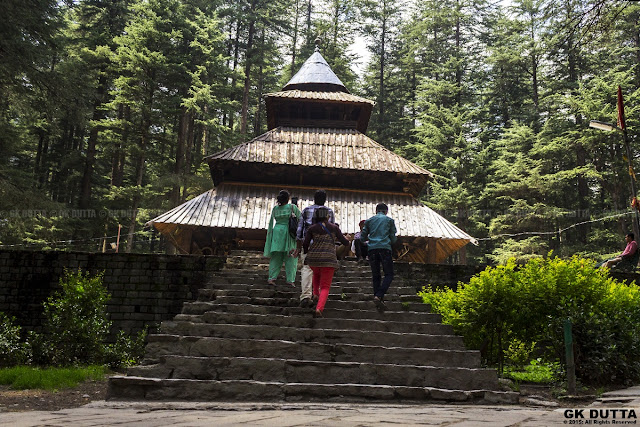 It is an ancient cave temple dedicated to Hidimbi Devi, sister of Hidimba, who was a character in the Indian epic, Mahābhārata. The temple is surrounded by a cedar forest at the foot of the Himālayas. 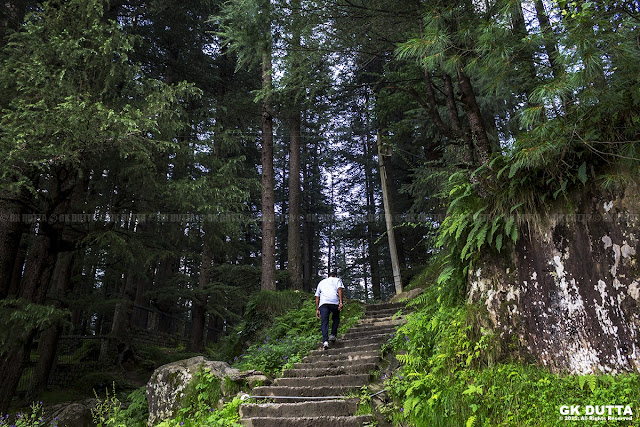 The sanctuary is built over a huge rock jutting out of the ground, which was worshiped as an image of the deity. The structure was built in 1553. The Hidimbi Devi Temple has intricately carved wooden doors and a 24 meters tall wooden “shikhar” or tower above the sanctuary. The tower consists of three square roofs covered with timber tiles and a fourth brass cone-shaped roof at the top. The earth goddess Durga forms the theme of the main door carvings. The temple base is made out of whitewashed, mud-covered stonework. An enormous rock occupies the inside of the temple, only a 7.5 cm (3 inch) tall brass image representing goddess Hidimbi Devi. A rope hangs down in front of the rock, and according to a legend,in bygone days religious zealots would tie the hands of “sinners” by the rope and then swing them against the rock. About 70 metres away from the temple, there is a shrine dedicated to Goddess Hidimbi’s son, Ghatotkacha who was born after she married Bhima. The most surprising feature of the temple or what believers could call the most reassuring feature of the temple is the fact that inside the temple the imprint of the feet of the Goddess carved on a block of stone are worshipped. 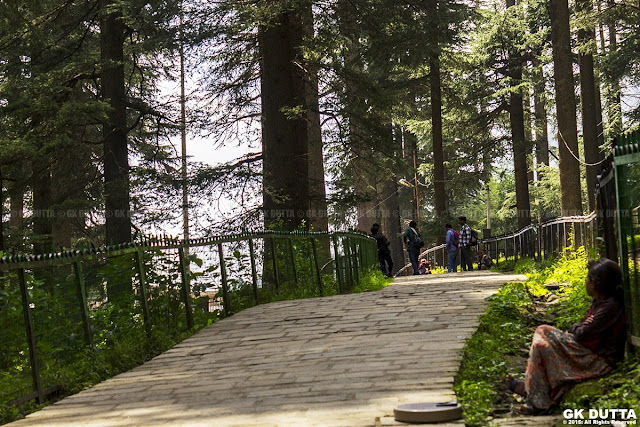 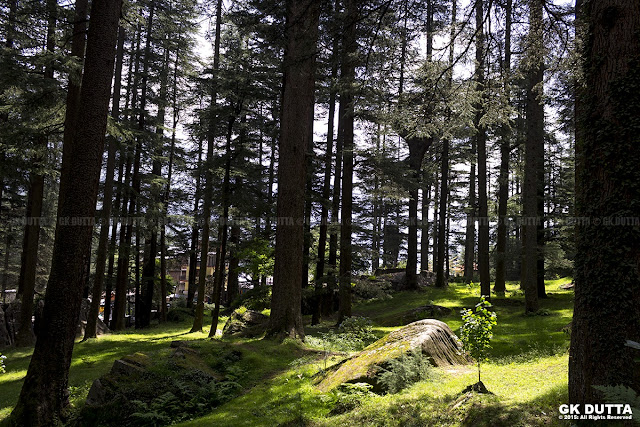 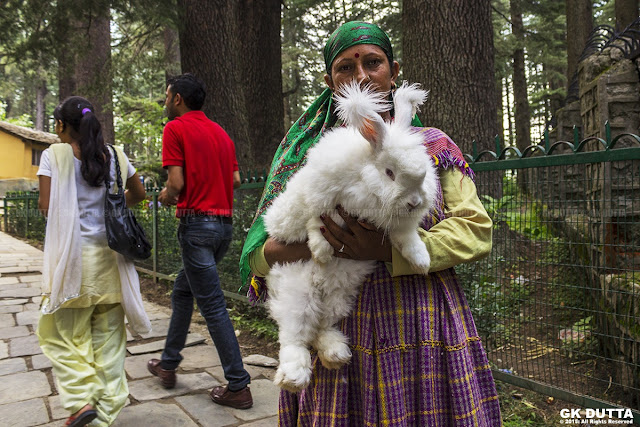 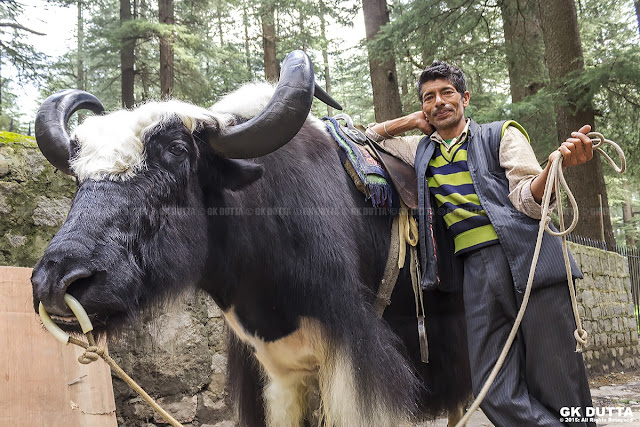