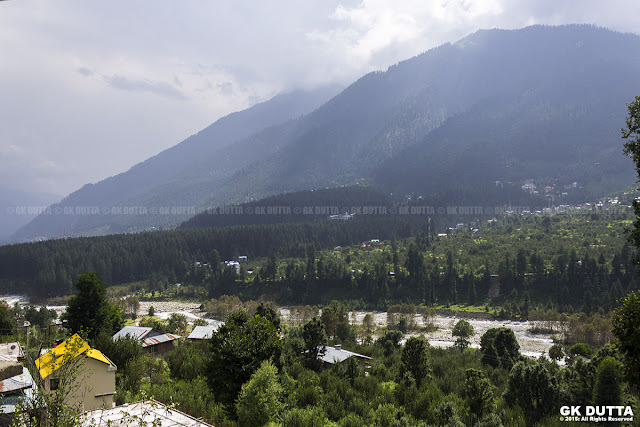 Vashisht village is a green patch of steep hill hanging at the base on a cliff. The village is 6 km from Manali at the banks of the Beas River opposite Old Manali, Himachal Pradesh. The rustic village has a calm soothing effect. The village still retains the traditional house making style. Vashisht was named after Rishi Vashisht one of the seven sages of Hindu. Legend has it that the saddened Rishi Vashisht after learning that his children were killed by Vishwamitra tried to commit suicide. But the river refused to kill him. The river was therefore named as Vipasha which literally means ‘freedom from bondage’. It was later shortened to Beas River.

Previous LANDSCAPE VIEW OF BEAS RIVER AT MANALI! Next CLIFF HOUSE AT MANALI!